Christine Stewart, ECE - Centre Director
​Christine has lived in Salmo her whole life. She graduated from the Early Childhood Education program at Selkirk College in 1995.  Joining the team here in 1997 and has been involved with children and their families ever since.
​

Tara Zeznik, ECE-IT/SN - Assistant Director, Infant/Toddler Program Supervisor
Tara first joined our team in 2009 as a support worker for a child with special needs. Tara loved her work so much that she headed to Okanagan College in Kelowna to get a diploma in Early Childhood Education, specializing in Inclusive Practice in 2012. She was instrumental in starting our Infant/Toddler program, and attained her specialization in Infant/Toddler Care in 2016 upon opening the program.

Melissa Boardman, ECE-IT/SN
​Melissa attained her certificate in Early Childhood Education from College of the Rockies, and has now completed her Infant/Toddler and Special Needs  certifications.  She and her family enjoy the outdoors, and helped start the wonderful Salmo Valley Trail Society.

Shelley-Anne Jorgensen, ECE
​Shelley-Anne has been an Early Childhood Educator since 2012, after attaining her ECCE Certificate from the College of New Caledonia in Prince George.  Shelley-Anne is excited to be working in Salmo, and recently moved her young family here!

Lisa Newton - ECE - IT  Infant Toddler Program
Lisa started work in our Infant/Toddler Program in June of 2020.  She moved from Vancouver in the fall of 2019, to Nelway, where she and her husband bought a farm.  Lisa has been an Early Childhood Educator, specializing in Infant/Toddler Care, since 2013.  Lisa says, "I love working here in Salmo!"
Lisa is currently on maternity leave with her first child.

Sheri Pawlyshyn - Assistant Early Childhood Educator
​Sheri and her family have been part of the Salmo Children's Centre family for years.  Sheri has a BSW from the University of Regina.  She now helps out part-time at the Centre with children who have extra support needs. 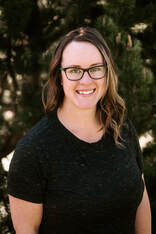 Carolyn Speers - Assistant Early Childhood Educator
Carolyn moved to Salmo in 2011.  She joined the team here in March of 2021. She enjoys camping, golfing, and gardening in her free time. Carolyn is currently working towards her ECE/IT/SN certification, completing her courses in April 2023.
Jessie Bray - Assistant Early Childhood Educator
Jessie joined the team in March 2022. 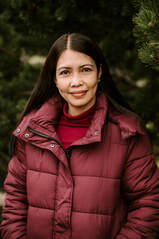 Ana Liza Terry - School-age Program-Responsible Adult
Ana joined our team in October 2021.  Ana is a mother of two children and has a four year old grandson.  She took a caregiving course in the Philippines and volunteered with seniors.
She is enjoying her work at the Salmo Children's Centre. Ana says "I love looking after the children!"
Staff Photo Credit
​Jacey Kendall Photography
©Salmo Children's Centre 2016-2020   Creative and affordable website designs, domains, and hosting by﻿ Lynn Soriat at  ﻿PixeLine Design.com﻿